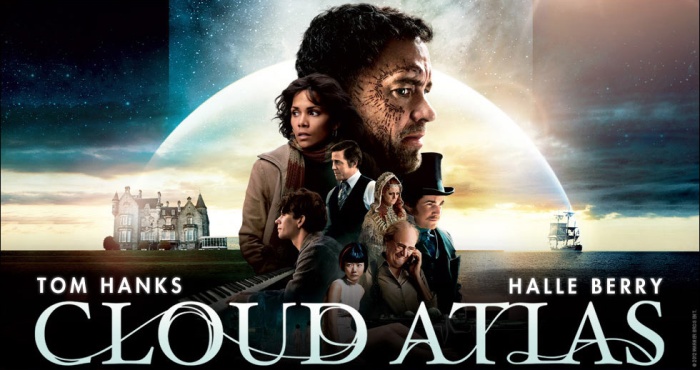 The official theatrical trailer for The Watchowskis’ “Cloud Atlas” starring Tom Hanks, Halle Berry & Hugo Weaving. The unifying concept between the six separate stories that makes up Cloud Atlas is that each features the same souls, reincarnated throughout the ages (played by the same actors and actresses). We also see Doona Bae (The Host) as a human clone from the future, whose sense of individuality puts her at risk, Hugh Grant reappearing throughout the ages as “incredibly evil” people, including a vicious cannibal and Susan Sarandon as the (eternally unobtainable) object of Broadbent’s affections.