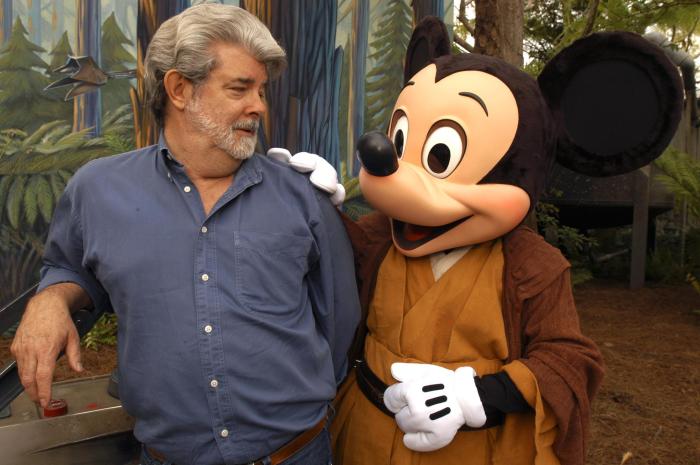 So why did Disney pay over $4billion for Lucasfilm? Two words; Star. Wars.

That’s right the world’s largest media conglomerate, The Walt Disney Company, has snapped up Lucasfilm for a cool $4.05billion. Negotiations have said to have started a long, long time ago in a galaxy far, far away…and by that we mean about a year ago when George Lucas started contemplating his retirement.

Disney executives have estimated that Lucacsfilms properties, such as Star Wars, have considerable value both at the box office and at home. In fact it has been predicted that if a new Star Wars film was to be released today it would rack up around 1.5 billion Imperial credits…or dollars depending on where you reside.

Add to that the fact that Lucasfilm assets have around 17,000 merchandisable characters as well as legions of loyal franchise fans and Disney have pretty much secured themselves a golden goose.

But where will Disney take Lucasfilm’s much loved franchises like Willow, Indiana Jones and Star Wars? Well, since the news of the purchase, speculation has already started of a new Star Wars trilogy to be released in early 2015.