Check out the behind the scenes pics from Hangover III director Todd Phillips (@toddphillips).

It seems all the favourites are back including, Bradley Cooper, Zach Galifianakis, Ed Helms and Ken Jeong. Plus, from the pics, it appears the very funny John Goodman has been tossed into the fray.

We’re just left wondering if Mike Tyson is set to return for the third installment? Ahhh, who are we kidding? It wouldn’t be a Hangover film without a Mike Tyson cameo!

The Hangover III is set to be the grand finale for the ‘Wolf Pack’; the film is due for release midway through 2013. 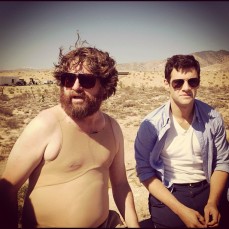 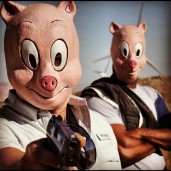