CD Projekt Red have released the latest trailer for their upcoming Sci-Fi RPG title Cyberpunk 2077. The developer of the renowned Witcher series is aiming for the next-generation Consoles and PCs with its latest game titles which launch in 2014 and 2015.

The Cyberpunk 2077 trailer is a fantastic piece of CGI once again by the CD Projekt which shows a woman whose a ‘Pyscho’ which is basically an individual who overuse implants and substances that boost or otherwise alter the human body. As you can note, the woman takes no effect from the bullet damage fired by ‘Pyscho Squad’ whose aim is to take down such individuals. A member of the police department who is most probably looking as the protagonist of the game aims for the Pyscho’s head almost pulling the trigger although he doesn’t. Later we see the same police guy accompanied by the same woman (Psycho) who he seems to have saved and now becomes part of the same police force. This could be a major plot of the game being teased by CD Projekt so we expect proper details when the full trailer arrives later onwards. 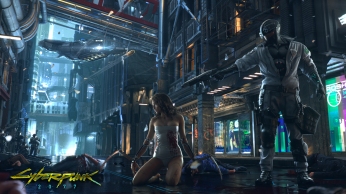 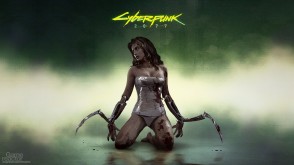