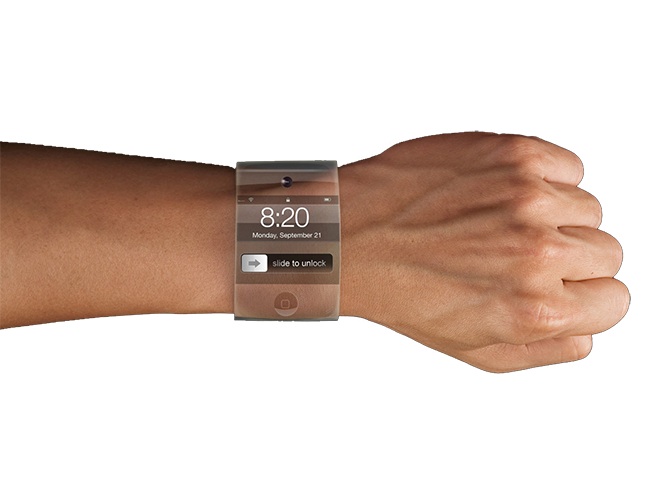 Could Apple be releasing an iWatch this year? Maybe according to the New York Times.

“In its headquarters in Cupertino, Calif., Apple is experimenting with wristwatch-like devices made of curved glass, according to people familiar with the company’s explorations, who spoke on the condition that they not be named because they are not allowed to publicly discuss unreleased products. Such a watch would operate on Apple’s iOS platform, two people said, and stand apart from competitors based on the company’s understanding of how such glass can curve around the human body.”

To add fuel to the fire for the rumour comes this blog post by Bruce Tognazzini – Apple’s creator of Apple’s Human Interface Guidelines. In it he highlights a couple of killer applications:

“Passcodes.  The watch can and should, for most of us, eliminate passcodes altogether on iPhones, and Macs and, if Apple’s smart, PCs: As long as my watch is in range, let me in! That, to me, would be the single-most compelling feature a smartwatch could offer: If the watch did nothing but release me from having to enter my passcode/password 10 to 20 times a day, I would buy it.  If the watch would just free me from having to enter pass codes, I would buy it even if it couldn’t tell the right time! I would happily strap it to my opposite wrist! This one is a must. Yes, Apple is working on adding fingerprint reading for iDevices, and that’s just wonderful, but it will still take time and trouble for the device to get an accurate read from the user. I want in now! Instantly! Let me in, let me in, let me in!”

“Watching TV.  The iWatch will empower TV watching in at least two ways.  First, it can serve as the remote control:  Whisper to Siri what channel you want or what recorded show you want to watch. That information is then handled by a non-hobby version of AppleTV. Just double-tap to pause the screen.  Double-tap again to continue. (It could be some other gesture. They will choose one that you won’t perform by accident, but one that is much more lightweight than required, say, to unlock an iPhone.)”

“Near Field Communications for Payment.  The conventional, collective “vision” is that, soon, we will all pay our bills by simply reaching for our phone, a phone that, for around half of us, is lost somewhere deep in the recesses of a purse, retrievable in around one minute and thirty seconds. With luck. Think of the time those folks will save over paying with their wallet, a much bigger and more obvious object that they actually had to move out of the way in their effort to find their completely invisible black phone!”

Oh and I imagine it will also be able to tell you the time!