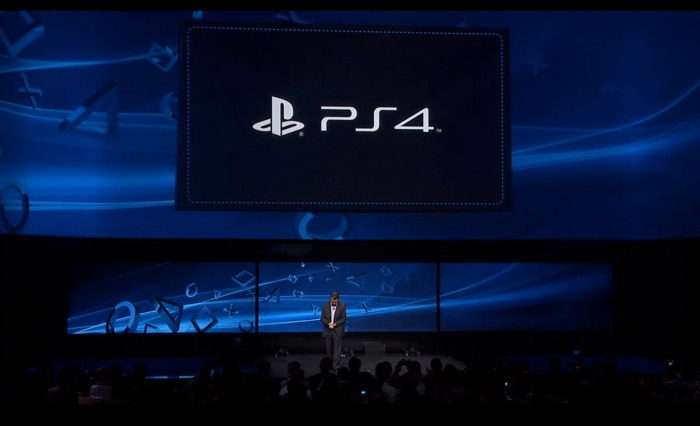 Sony held its announcement event to unveil the video game world’s biggest drop this year, the PlayStation 4 console. Unfortunately, expectations for seeing the actual console were smashed to pieces as the video game giant has yet to release any images for it. There was also no mention of a release date or pricing.

Things We Learned About The PS4 From Sony’s Big Announcement Event. 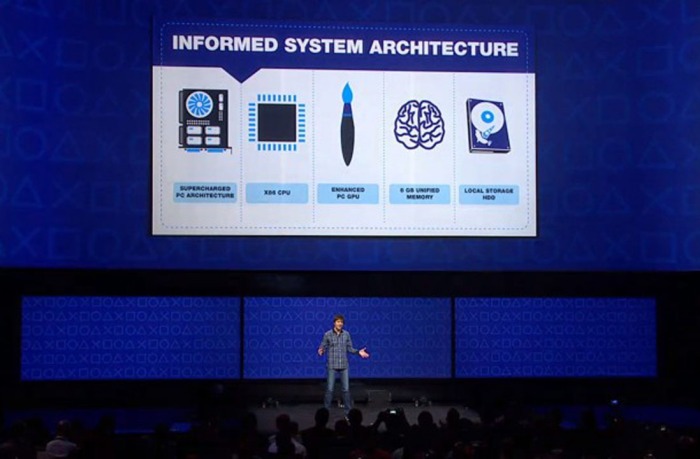 The PS4 Will Have PC Guts
The new console takes its cue from PC gaming rigs as far as the inside components are concerned. For you spec nerds, you can expect an X86 CPU, an Enhanced Graphics Processing Unit, 8 GB of unified memory and local storage.So yes, you will be running a PC but with a PlayStation operating system instead of Windows, Linux or Mac OS. We’re pretty sure the PS4 will be a hackers dream come true. Surely someone will figure out how to run another OS on this thing. 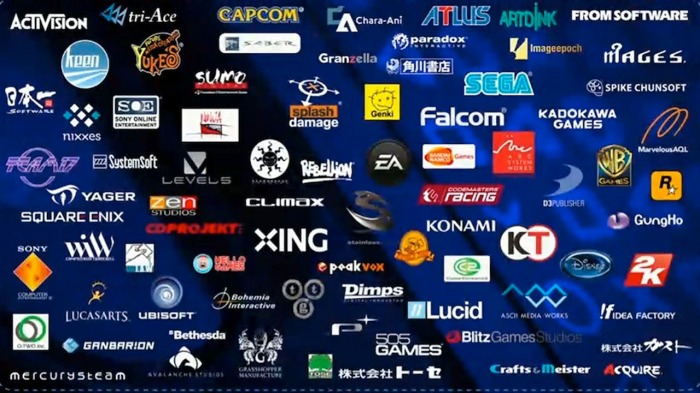 All Major Publishers Are Down For The Cause
One thing that has always plagued console launches is the lack of games.There’s a slim chance of that happening with the PS4 as a load of developers and publishers have already signed on to develop for the next-gen console. PlayStation’s main bragging point is that the PS4 was designed with massive input from video game developers. 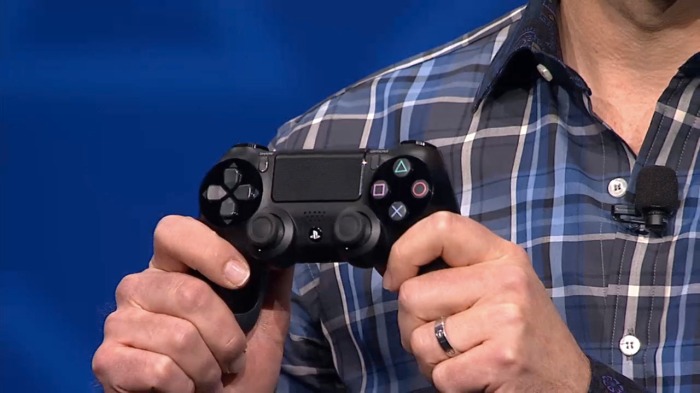 Introducing The DualShock 4 Controller
Contrary to rumors, the Dualshock 4 controller doesn’t have an LCD screen. What was thought to be a touchscreen, is in fact a light that identifies players.Other confimed features are improved rumble performance, lower latency, a head phone jack, share button and a touchpad just like the back of the PS Vita. 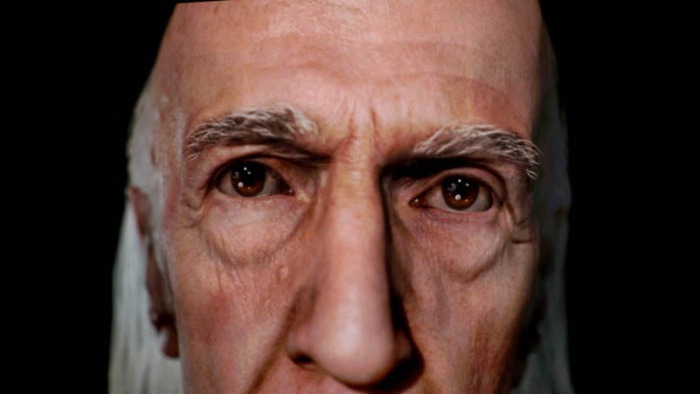 The Added Horsepower Pushes Graphics To New Heights
David Cage of Quantic Dream (Indigo Prophecy, Heavy Rain and the upcoming Beyond) showed brand new character renderings just to give an example of how far the PS4’s capabilities can go. The results were mindblowing as now characters can more accurately show more subtle facial expressions.That’s a big cue to Rockstar Games to get cracking on an L.A. Noire sequel. 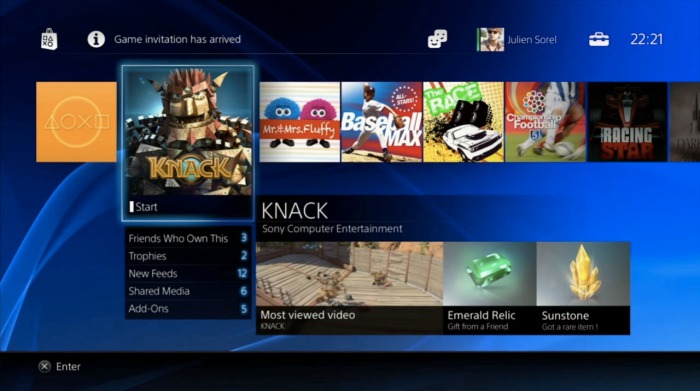 The Dashboard Is On Steroids
Call it a dashboard, menu screen or whatever. The PS4’s version is pretty awesome. You’ll have the ability to watch other people play, and even help them out by dropping off a potion, weapons or anything the particular game supports.If that’s not enough, it will be possible to let a more experienced player run the level for your remotely. The new operating system also learns your habits and provides reccomendations for other games and media to your tastes. 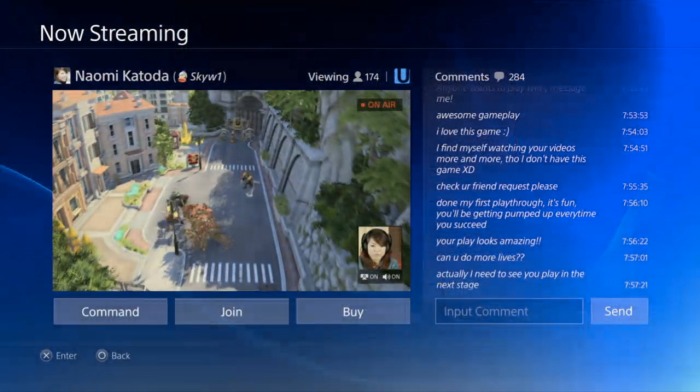 No More Downloading Demos Before Playing Them
With the help of Gekai’s cloud technology, you will no longer have to download demos before being able to play them. If you come across something hot, you can try it out instantly.

It’s Possible To Start A Game Where You Left Off
Instead of leaving games on indefinite pause, it will be possilbe to shut the system down, come back and continue from where you left off with the touch of a button. 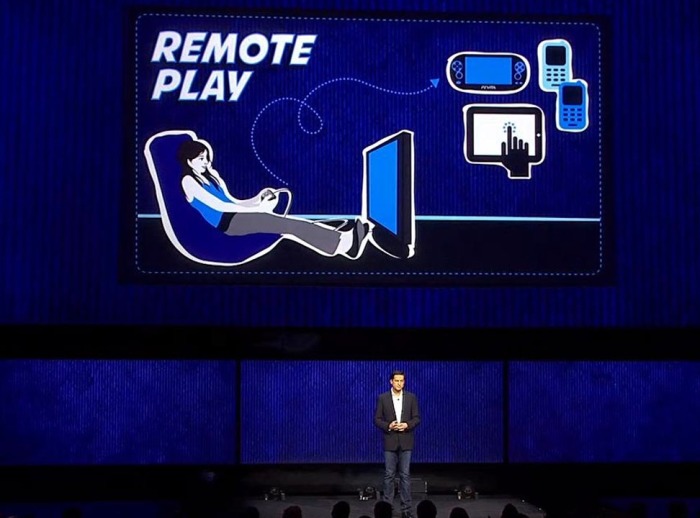 There Will Be Support For Smartphones, Tablets And The PS Vita
Though Sony didn’t really go too much into depth around this, they did say that some of the support will include video sharing and interaction with other players. However, the bulk of development will go to the PS Vita where players will be able to stream games directly from the PS4 to the Vita. The integration is so tight that a game running on the console can be stopped and resumed on the Vita. Great for those moments when someone else wants to commandeer the TV in the middle of your game.

Gameplay Video Is Shareable From Within The Console
Surely not a good look for companies like Hauppage, Roxio and AverMedia who have units that stream video of your game to the net. The PS4 has a built-in streamer that connects to both Facebook and Ustream allowing gamers to upload their shining moments of epicness. Included in the function is a video editor that allows you to trim video down to just where you want it. All this accessible from the share button on the DualShock 4 controller.

More Online Video Sites Will Be Supported
In addition to the likes of Hulu and Netflix, there will be even more options for watching online programming. These include Crackle, Crunchyroll, Amazon and more.

Move And Eye Get Remixed
PlayStation’s Move has always been a struggle to make interesting no matter how much game developers have tried to flip it. For the PS4, Move returns with more horsepower. One of the features Sony showed off was the ability to create artwork and animation. The demonstration looked like something out of a Pixar film. It will be really interesting to see the learning curve for something like that.

You’re not alone if you were wondering why it’s near impossible to get a PlayStation Eye camera these days. Now it all makes sense. PlayStation will be releasing a new camera that looks a less sexier Xbox Kinect. There wasn’t much info shared on the new Eye except for that it exists so we should be hearing more in the coming months.

Every Generation Of PlayStation Games Will Be Available
Remember that cloud thingamajig we mentioned? Sony plans to make its library of games from every PlayStation generation available to download. PS One, PS2, PS3, PSP, everything.