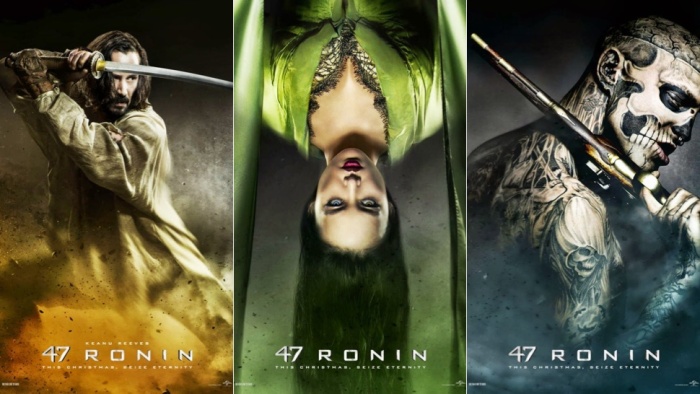 ’47 Ronin’ is a movie that has had its fair share of troubles. The film was set for release last November before it was pushed back to February of this year and then again to Christmas Day. In between were rumours that the film was wildly overbudget and its director – Carl Rinsch – was removed from the film. But, all that will be forgotten if ’47 Ronin’ is actually a good film (see: ‘World War Z’). But, is it a good film? Let’s watch the trailer and see what we can find out.

Here’s what to expect with the upcoming movie:

From ancient Japan’s most enduring tale, the epic 3D fantasy-adventure 47 Ronin is born. Keanu Reeves leads the cast as Kai, an outcast who joins Oishi (Hiroyuki Sanada), the leader of the 47 outcast samurai. Together they seek vengeance upon the treacherous overlord who killed their master and banished their kind. To restore honor to their homeland, the warriors embark upon a quest that challenges them with a series of trials that would destroy ordinary warriors.

According to The Wrap, the film had to return to London for lengthy reshoots after a rough cut almost completely marginalised the Keanu Reeves character, who is supposed to be the lead in the film. The budget soared past $200 million and once the reshoots were completed, Rinsch was shown the door while Universal executives worked to try and fix the film. Did it work? Even if it did, would it be enough for audiences to buy in? After all, this is a famous Japanese legend but one that now stars Keanu Reeves.

This new trailer looks beautiful but has the film righted the ship and crafted what was once described as a mess into something worthwhile. What do you think?