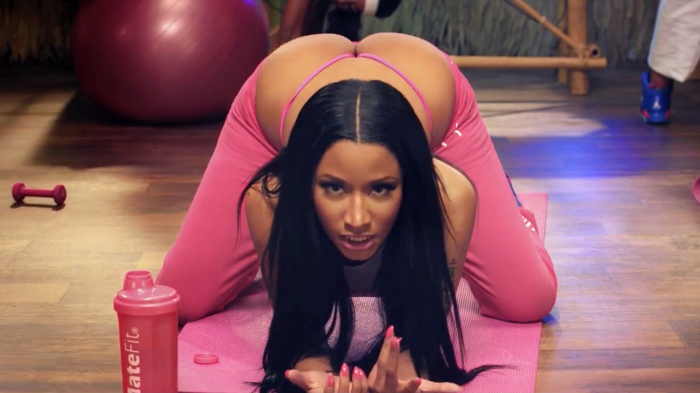 After kicking off the month of August with the release of her ‘Anaconda’ single, Nicki Minaj returns with the official music video for her Sir Mix-a-Lot-sampled banger “Anaconda”.

Directed by Colin Tilley, the playful and extremely provocative music video stars Nicki Minaj and her many colourful personalities. She shakes her booty in a rainforest, whips up some tasty treats in the kitchen, and gives Drake a lapdance he won’t ever forget…but just don’t touch.

Produced by Polow Da Don and Da Internz, the rump shaker will appear on Nicki’s upcoming third album The Pinkprint, due later this year.

SEE ALSO:
FLULA PERFORMS BABY GOT BACK WITH SIR MIX-A-LOT
MIRANDA KERR GETS NAKED FOR GQ