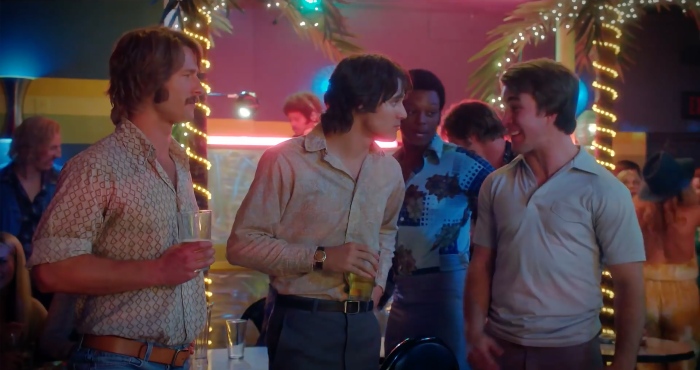 In the new trailer for the frat boy comedy “Everybody Wants Some”, it’s the 1980s and a group of college baseball players welcome a new student to their group and show him the ropes. While working his way through college, they make sure to always keep him in the company of booze and girls. They also teach him how to navigate the party scene and make the most of their college life.

Dubbed a “spiritual sequel” to his 1993 coming-of-age/hangout film Dazed and Confused, Everybody Wants Some!! finds writer/director Richard Linklater shifting his focus from high schoolers in 1976 to college life in 1980. Freshman Jake (Blake Jenner) is the newest addition to the baseball team at a small Texas college, and he is quickly swept up in the rowdy, competitive atmosphere of the house where the entire squad lives. As he and the other players crash one party after the next in search of a good time (and good-looking gals), he finds himself falling in love with an artsy student named Beverly (Zoey Deutch). Tyler Hoechlin, Ryan Guzman, Wyatt Russell, Glen Powell, J. Quinton Johnson, Will Brittain, and Juston Street co-star in this hilarious comedy, which made its world premiere at the 2016 South by Southwest Film Festival.