Glover started in a falsetto over Watts’ beat boxing before the full band kicked in and set the crowd into a groove while the two offered some James Brown-esque shrieks and dance moves that’d make Mick Jagger happy. 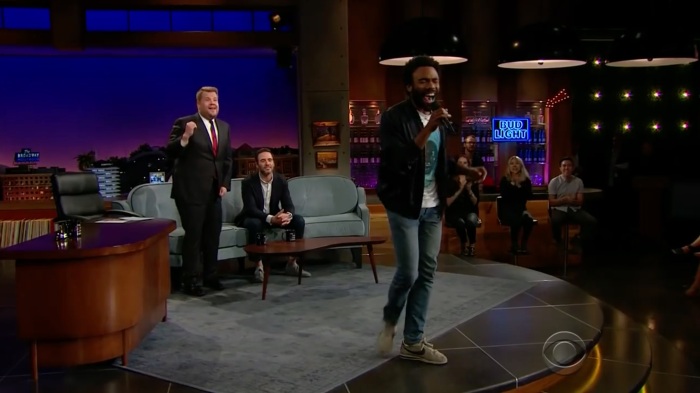 Also watch Corden and Glover attempt to duet Seal’s “Kiss From a Rose” (despite goofing all the words) before Watts and Glover join forces to jam a new song.